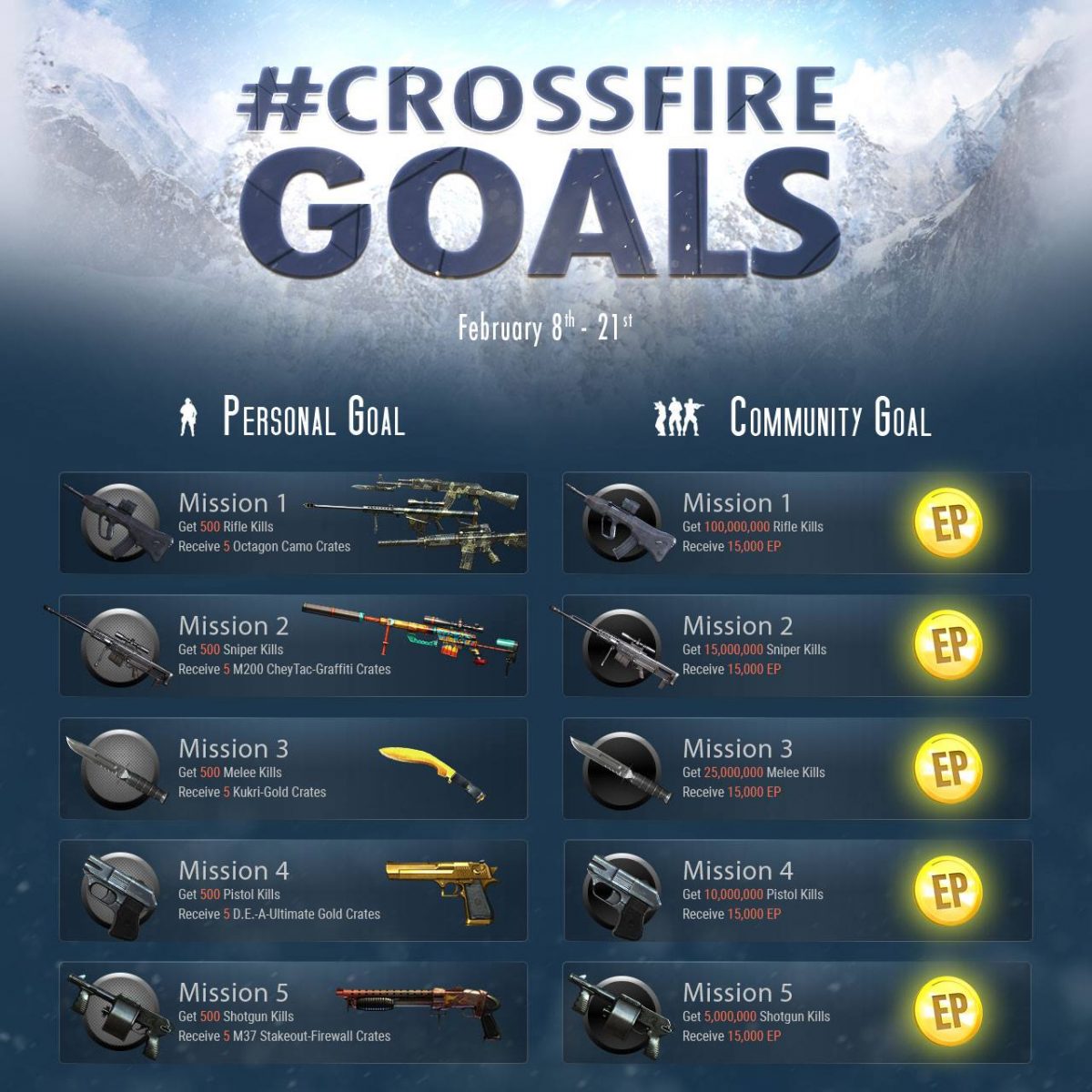 CrossFire Betting: Your Guide for eSports

eSports are taking the world by storm. You may think that eSports are a predominantly American development, but you would be wrong. There is a huge eSports scene overseas, especially within Asia. The Asian market is particularly fond of one game that is less popular in the US, but across China, Korea, and the Philippines, it’s huge. That game’s name is CrossFire, and whether you’re an avid gamer, eSports bettor or both, you’ll want to hear about it.

CrossFire is an online multiplayer first-person shooter for PC. It is quite similar to the Counter-Strike series. What some of you will be surprised to find out though is that this title by TenCent is in fact the most-played FPS in the world. Most people think that accolade goes to Call of Duty of Counter Strike, but that’s a myth. In fact, it’s also free-to-play and only comes second to League of Legends (for which we also have a guide here at Master Mazuma) in the highest grossing games worldwide chart.

Anyone experienced with online FPS will feel a sense of familiarity with CrossFire. The game has a wide range of game modes, all of which can be played by a maximum of 16 players, split into teams of 8 vs 8. Considering there are 650 million players worldwide, gamers are rest assured there’s always going to be someone to play with – and against.

The aim of the game is very similar to Counter Strike, in that one team aims to score more points than the other and win the round. Players are assigned to the “Black List” or “Global Risk” team.

We offer a wide range of CrossFire bets. As always, the type of bets on offer will change from game to game, event to event, so always be sure to frequently check events pages for the latest options. While there is a wide range of game modes available in CrossFire, below are the most common within eSports gameplay.

Team Deathmatch: This is a classic, all-out deathmatch. Teams of up to 8 a side battle it out in a race to rack up the most kills possible. To win, teams must reach the score threshold first, or be the team with the most amount of kills when the time expires.

Elimination: This mode is essentially Team Deathmatch for hardcore players. There are no respawns and very limited access to weapons. Some players spawn only with melee weapons. This game mode is super tense and extremely tactical, which makes for some nailbiting conflicts.

Search and Destroy: This is a pressure filled game mode where players get one life only. Black List’s goal is to plant a bomb, whereas Global Risk must prevent this from happening. The game ends when the time limit is reached, all opposing players have been eliminated, or the bomb has successfully been planted.

We offer CrossFire betting on all of these game modes and more. Whatever game mode is being played at the top CrossFire events, you will be able to bet on it with Master Mazuma.

CrossFire Events to Look out For

Despite CrossFire being the most widely played FPS game in the world, events are less frequent than in some other games. They also typically have smaller prize pools, although this seems to be changing. For CrossFire betting purposes, you will want to pay attention to the biggest events, as well as who is competing in them. The events outlined below are the biggest and best within the CrossFire eSports circuit.

CrossFire Stars (CFS): This is a global competition that sees teams compete in regional stages. The winners of the CFS National Finals then progress to the worldwide CFS Grand Finals. The winner of the Grand Finals takes the overall championship. This series has some great financial clout behind it with generous prize pools in the Grand Finals.

CrossFire Invitationals: These one-off events are less prestigious than the CFS, but they come with serious bragging rights. As the name suggests, these events are invite-only. They are organized and coordinated by publishers and event organizers and are currently held in Brazil, Vietnam and the Philippines.

At Master Mazuma, we offer CrossFire betting markets on all of these top events and more. Be sure to check back often to see all of the latest events that we’re taking bets on.

CrossFire Hot Shots: Who are the Best Players?

Known who to bet on in CrossFire games can be tricky. To help, we’ve found and list some of the best players from around the world below. If you are looking for talented CrossFire teams to bet on, you can’t go wrong with those listed below.

Vici Gaming: Vici Gaming is most well known for competing in Dota 2 tournaments. However, they are the richest CrossFire team to date, collecting over $300,000 in tournament winnings so far. They have emerged victorious at the CFS Invitational China 2016, CFS 2016 and World Cyber Arena 2016 (CrossFire).

Invictus Gaming: Another team well known for their success at Dota 2. However, that hasn’t stopped them from racking up over $100,000 in winnings from 3 tournaments in CrossFire.

Flipsid3 Tactics: Flipsid3 Tactics are a US based eSports team. They specialize in first person shooters. CS: GO and CrossFire are their two most successful games. They placed 2nd at CFS 2016 and 2nd in IEM XI CrossFire Expo 2017.

You can bet on these teams, as well as any team competing in a big CrossFire event, at Master Mazuma. We offer a complete range of bets, so you’ll never be short of options and will always be able to back your favorite team.

The Best CrowdFire Betting Experience Out There

At Master Mazuma, we offer fuss-free depositing options. It couldn’t be easier to get your eSports betting account up and running. Simply deposit funds using an array of payment options, including bank transfer, card payment and Bitcoin transfer. To make the deal even sweeter, we’re also offering a 100% deposit bonus, so if you deposit $5 you’ll have a total of $10 to play with.

So don’t delay any further. For all of the latest CrossFire betting action and for the best odds and prices online, bet with Master Mazuma.