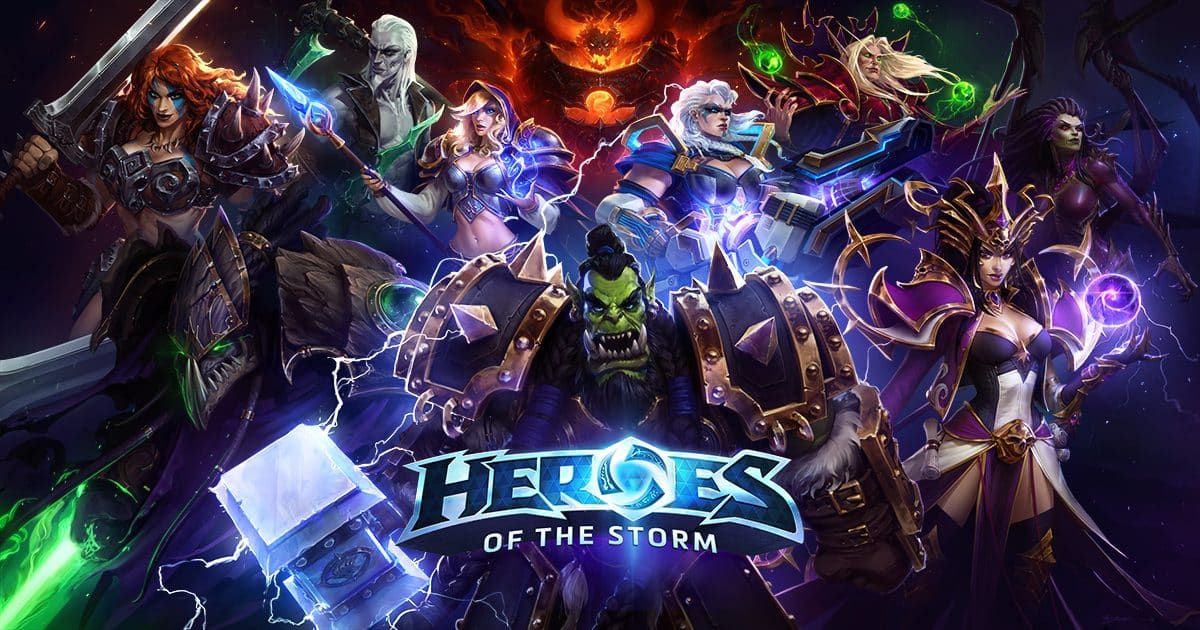 Heroes of the Storm is a free-to-play multiplayer online battle arena (MOBA) game. Players fight 5 versus 5 to destroy the enemy base. Each player controls a “hero” with unique abilities. Players duke it out as their favourite characters from Blizzard game series Warcraft, StarCraft, Diablo and Overwatch. Heroes of the Storm took a different approach to the MOBA genre than League of Legends or Dota 2. Each game is played on a different map, with different layouts and objectives. Gold and items don’t exist and player levels are shared with the entire team. Players compete in the Global Championship Circuit, which features three Global Championship events each year.

Heroes of the Storm started development as a custom game in the StarCraft 2 arcade. Over time, the game got too big for the arcade and became a stand-alone title. It’s release year 2015 also brought the Heroes of the Storm Global Championship, it’s premier eSports competition. Following the release of Overwatch in 2016, characters from that game are being implemented in Heroes of the Storm.

The Swedish team Fnatic are the best team in the West. They managed to upset Ballistix at the 2017 Global Championship, before falling to MVP Black in the finals. Fnatic dominated the western scene in 2017.

The Heroes of the Storm Global Championship is a year-long competition for a spot in the Grand Finals. Teams compete in tournaments around the world to earn points. The top 16 teams duke it out for 500.000 dollar and the title of world champion.