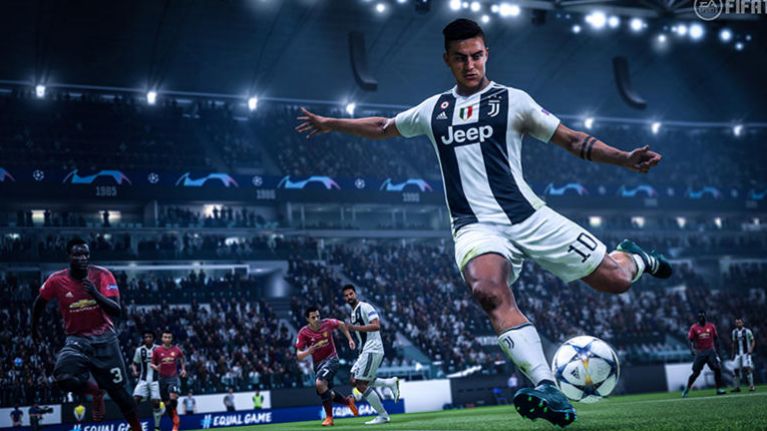 FIFA ’19 will hit the stores the 25th of september and the hype-is-real. The designers and developers were even called back from holiday to restyle posterboy Christiano Ronaldo from a Real Madrid tenue to a Juventus tenue.

Just as FIFA ’18, the games comes in three editions: Standard Edition FIFA, Champions Edition FIFA and Ultimate Edition FIFA. Those are new names to the former known Ronaldo and Iconic edition. Probably due to the coming of Champions League (coming up next!) and the FUT feature, becoming more important.

All of that comes with a price, starting with the standard edition at €59,99 across all platforms available.

Enter the Ultimate edition, which in Europe will cost between €89,99 and 99,99, depending on where you live. Getting you a good head start on the competition with a UEFA Champions League Gold Player Pick. Unfortunately not available on the Nintendo Switch (Standard and Champions Edition luckily are!)

“This has been one of the most requested features from our players for over a decade, and for us the Champions League is so much more than a licence, we’ve been working really hard to integrate the experience across the game in FIFA 19 and I don’t say that lightly. We didn’t want to just bring in the licence teams so you can play with them in the right context, we really wanted to go over and beyond and add Champions League elements to every place we could in FIFA 19. It’s been a whole lot of work and it’s not just a coat of paint. It’s really integrating meaningful features around the Champions League. We moved a lot of dirt bringing it to life.”
If you ever get bored of playing the Champions League, the Europa League will challenge you even more to play with lesser known teams. Though the likes of Chealsea, Sevilla and Arsenal will still be there to compete for the trophy. So the term ‘lesser’ is quite relative here!

We are excited for the new active touch feature, that is gonna have impact in the way players strike and receive the ball. Next to that, there will be a reimagined tactical system and 50/50 battles. What is really gonna be revolutionary will be the dynamic weather which means the weather will be ever changing. Elements like rain and snow will slow the game down and can cause players to fall and get injuries.

The thing we are really excited for though, is the server performance improvement. Something players and esporters have asking for since the release of FIFA ‘18. Numerous disconnects resulting in a DNF modifier, which gave you a penalty that affects future rewards from matches. Hopefully, no more.

The reason why the replay value of FIFA is so high is the popular Ultimate Team Mode, and of course this mode will be available in the ‘19 version as well. With some slight alterations to what we are used to. We already mentioned to addition of the Champions League and the UEFA League and it will sure affect the Ultimate Team mode as well. Players will have their stats updated regularly for their performance; both in their national competition as in the european venture.

Next to that, odds on the value of packs is being released so players have an idea of what they can expect. This is probably due to complaints about the ‘gambling’ factor involved in the packs.

“You are getting a certain number of assets that are guaranteed – and we’re going to start to do pack odds disclosures that’ll show you the odds of what you might get. That’ll be in our product year 19 titles. So, at least that aspect of understanding what the chances are of getting X, Y and Z card.”

As for the icons, FIFA 19 will host a new badge of icons joining the team. Among them are Johan Cruyff, Frank Lampard, Steven Gerrard, Eusebio, Rivaldo, Fabio Cannavaro and Roberto Baggio! A lot of people will go after these icon cards.

Last but not least, we’ll see a new edition of The Journey; the final phase in the career of Alex Hunter. So if you are a fan of the storyline, be sure to enjoy this instalment to the fullest! We saw a young Alex for the first time in FIFA ‘17, trying to make its debut at a premier league club. In FIFA ‘18 Hunter goes overseas to play in the Major League Soccer with Los Angeles Galaxy, before returning to Europe. Now the biggest episode of his adventure is about to begin. The Journey: Champions! If we ever see the Journey mode again, it will probably be with a new kid on the block.

So, are you looking forward to FIFA 19 and some competitive play? Let us know!