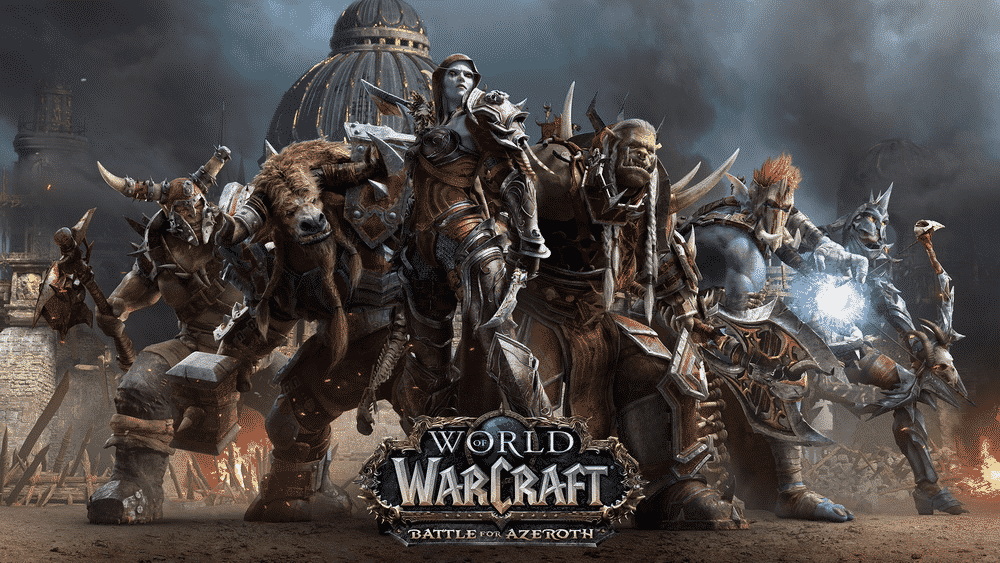 World of Warcraft is a MMORPG developed and published by Blizzard back in 2004. The game revolutionised online gaming and was the most popular game worldwide for almost a decade. Players take on the role of characters from a certain race to venture through a massive open world, growing stronger while fighting enemies and completing quests. There are two factions that the player can choose, standing hostile to one another: the Alliance and the Horde. There have been numerous expansions since the start of World of Warcraft, each with its own storyline, content and rewards.

The game has won multiple awards and meant the definitive breakthrough for Blizzard as a leading publisher in the industry. The success of World of Warcraft (and to lesser extent Warcraft 3 and Starcraft 2) gave Blizzard the tools to develop other titles that became staples in the scene like Overwatch and Hearthstone. The revenue of World of Warcraft came primarily from monthly subscriptions, which not many other games have succeeded in.

World of Warcraft can be played in either PVP (Player Versus Player) or PVE (Player Versus Environment) mode. Though the first is most suitable for esports and has its own World Championship yearly with Blizzcon, the latter is the most popular.

History of World of Warcraft

When it first came out in november 2004, no one expected the audience to be so enthusiastic about the game as they were. In the US, retailers came short of stock just after release. The servers were not capable at all of handling such a massive amount of players. There were, to put it lightly, quite some start up problems that had to be fixed. But so Blizzard did. Using patches, they added new content and improvements to what was to be called Vanilla WoW. In january 2007, the first expansion called The Burning Crusade was released. This time Blizzard was prepared as thousands and thousands of players marched through the Dark Portal at once, entering the outlands. Raising Level Cap from 60 to 70, introducing Blood Elves on the side of the Horde and Draenei for the Alliance as well as flying mounts. Also the introduction to the Arena made competitive WoW possible and was extremely important for the development of WoW esports. By many, the first expansion was considered the best expansion.

For others, the next expansion was seen as the highlight of WoW for the simple fact that the storyline was incredible. Wrath of the Lich King centered around the story of prince Arthas, that became The Lich King much in a way that Anakin became Vader. The story starts where Warcraft 3: The Frozen Throne ended, something that the fans received positively. We are now 5 expansions further, each being released after approximately 2 years of another:

Weirdly enough, the most famous player in the history of World of Warcraft has absolutely nothing to show for. Well, except for one famous ‘pull’ during the middle of a raid in the Upper Blackrock Spire. Shouting ‘Leeeeeeeeeroy Jeeeeeenkins’ while running through the entire room, taunting all dragons there. He topped off his internet fame with: ‘atleast I had chicken.’ There is no an achievement named after him and a character in Hearthstone.

Before we get to the actual pro-players there is another type of players that deserve mentioning: celebrities playing World of Warcraft. Mila Kunis, Vin Diesel, Cameron Diaz and Ben Affleck are just a grasp from the long list of celebrities publicly admitting playing WoW.

And finally we’ve come to the players that actually know how to go hard in this game! Honorable mentions go to Swifty, a streamer with almost a million subscribers on YouTube and Athene. The most famous narcissistic rage troll the Internet has ever seen.

To start with, we look at the most recent team dominating the Blizzcon of 2018 (3v3 arena play). What stands out immediately about this team is that they originate from the USA, so that’s the first time in five years that a team from the US takes home the trophy. WoW was dominated by europeans for years. But the past is the past, and the credits now go to Method Orange! Team Captain Cdew had build up a nice following on Twitch over the years and the consensus is that he really deserved this win. In 2017 it was Europe’s ABC that dominated the finals with a 5-0 victory.

The biggest tournament is the Arena World Championship, where teams face off in a 3v3 composition. Starting in January, regional qualifiers called Arena Cups with a prize pool of €10.000 start in Europe, America, China, Latin-America and Asia-Pacific. The top 4 of both Europe and US compete in a cross-region battle for spots lead in the Arena World Finals during Blizzcon. Where the teams compete for their share of €280.000. It’s a rather small prize pool compared to other esports, but that doesn’t mean World of Warcraft aint popular by any means! The qualifiers are open to everyone, so if you think you got what it takes make sure to sign up for the 2019 road to victory!