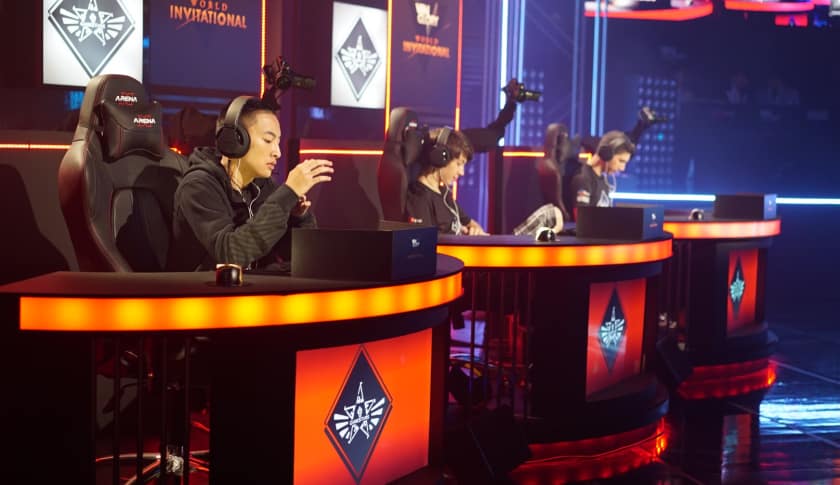 Jup. Mobile esports are becoming a thing. Even though at first sight the games and devices don’t lend themselves for competitive gaming, the market is just to big for companies not to exploit. And so they do.

Two examples of this are the recurring Mobile Masters events organized by Amazon. This year feautering a prize pool of $100.000 and consisting of games like Power Rangers Legacy. Amazon invested in a service called GameOn that allows developers to integrate tournaments on different devices. Allowing players to compete cross-platform.

Another ‘proof’ of mobile games getting competitive is the forming of a Clash Royale team by GenG. You might not be familiar with the name, but you soon will be. Gen G is short for Generation Gaming, formerly known as KSV Esports. The team rebranded itself and went further than just changing the team name. The latest generation of gamers is no longer exclusively bound to the PC Master race.

Only last year people would thought I’d be joking when taking mobile games into account of future esports. Now, I’d feel stupid to leave it out. Vlash Royale, Vainglory, Summoner War; they are all titles that are attracting a vast number of viewers (resp. 50-200.000 on average). Not to mention Hearthstone, that is in the twilight of being a mobile esports or a traditional one. Mobile gaming is around 42% of the entire market and will increase to 50% in 2020. It generates more money than traditional games and is worth multiple billions of dollars. If Fortnite is released on Android and develops a competitive scene, it will mean the definitive breakthrough for mobile games as competitive esports.

A new generation of esporters will rise and it will be a wild west for the betting community; betters and bookmakers a like. It will take some time before teams are formed and talent is scouted. Most mobile games are not initially designed for esports, so chances are players initially will find glitches to abuse certain tactics.