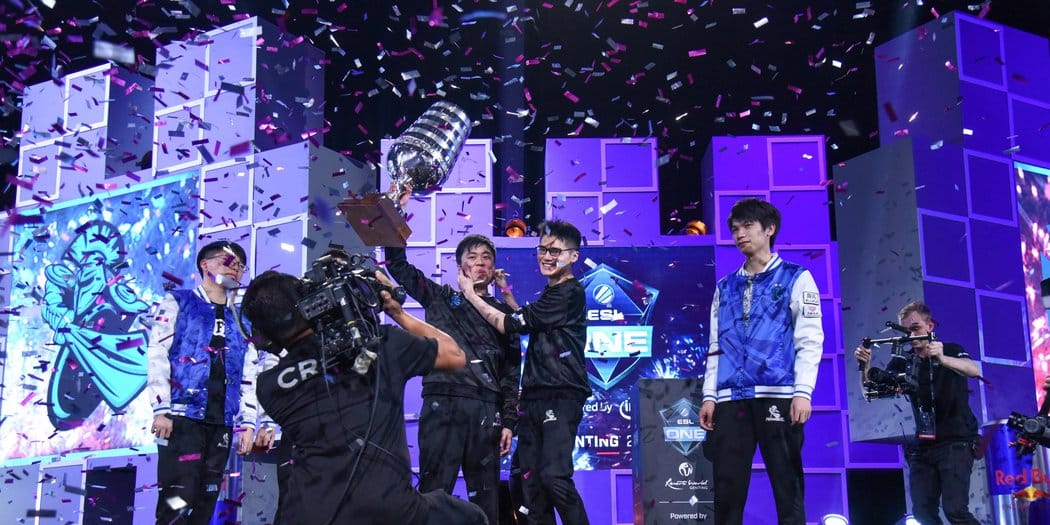 Facing a Nemesis: Newbee shrugs off the curse of losing to Team Liquid, winning 3-2 in the ESL One Genting and taking the championships title

Newbee’s living nightmare wore the name of Team Liquid, losing nine of the last nine matches against the setup of Miracle. But there wouldn’t be a tenth. Fully armed for war, Moogy and Sccc lead their team to victory. The pair proved too much to handle. It might be ‘just’ 1-9 for Newbee, but for now they have the last victory. And in eSports, that is all that counts.

But things were by no means a walkover.  Over five incredibly close games, it was the draft from Faith and the incredible support play of Kaka that put Newbee on top. An average fight quickly became a decisive team wipe in the final conclusion in Game 5 was the clutch Sccc buyback on Outworld Devourer. All hope and towers got fiercely crushed for Team Liquid shortly after, if any hope was left at all.

The road to victory wasn’t all paved with success. Against Team Secret, Newbee had to make a comeback from over a 25,000 deficit in the semi finals. A snowballing Divine Rapier Medusa seemed to do the trick in winning teamfights.

All teams that qualified are looking in top condition for mid-season. However, the team that we’ll be looking out for will be Newbee.