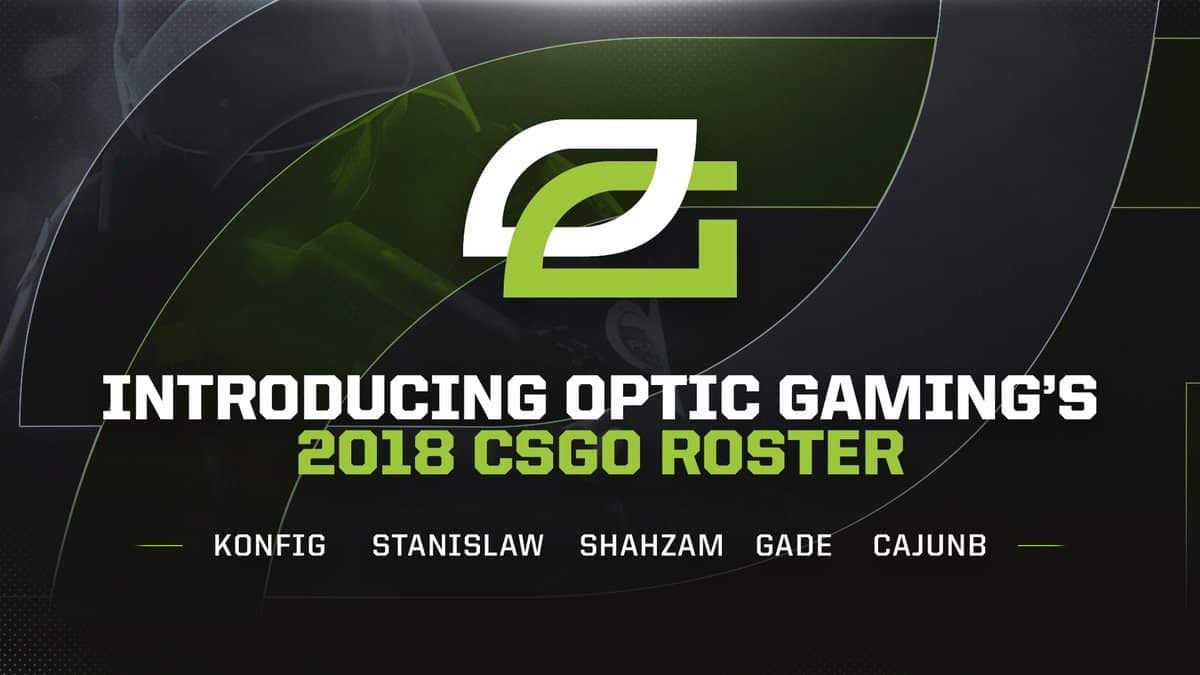 OpTic Gaming has signed a new CS:GO roster, which features players from both North America and Europe.

Gear up with k0nfig, Nicklas Gade and cajunb, the Danish crew that will accompany the Americans ShahZaM and Stanislaw on the Optic Gaming new CS:GO roster.

Being benched last November,  Stanislaw has been absent for most of the last couple of months. The talented youngster had came back from his nine month position on Team Liquid, after being the in-game-leader of OpTic Gaming for over a year. As such, he won three events, among which the $1.1 million ELEAGUE Season Two. At the time, the success was not enough to convince Stanislaw to stay.

Stanislaw wasn’t the only one that experienced some benching. Both K0nifg and Cajunb had to give up their seats after their team failed to win a single match during the ELEAGUE Major Boston. ShahZaM got his seat at OpTic in 2016, after being transferred form a poor performing Misfits in the 24-team major. Last but not least, Gade is the most inexperienced player and has yet to prove himself.

The lineup followed shortly after (one day!) the announcement of releasing Mixwell and transferring Magisk to Astralis. This drain left Adam Friberg, Allu and HS left as the only team members representing, with the ESL Pro League roster lock approaching quickly. The fresh blood was more than welcome, although question remains who will be the ones taking the seat during the EPL.

We are gonna see OpTic’s new roster in action for the first time during the NA region of the ESL Pro League Season Seven starting February 13.